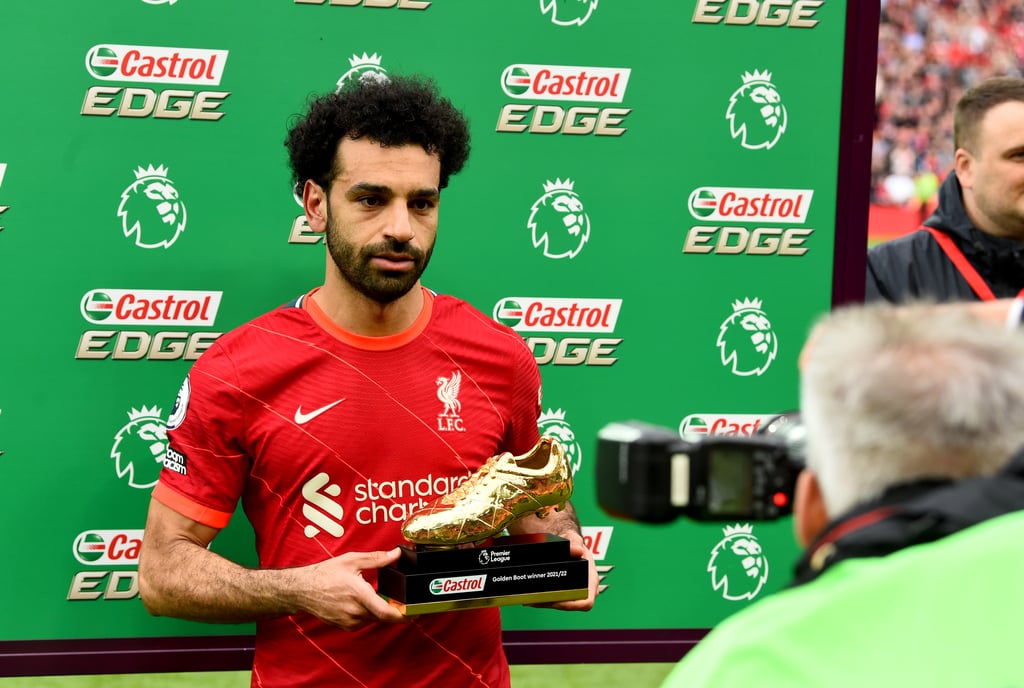 Liverpool’s Mohamed Salah and Tottenham Hotspur’s Son Heung-min fought for the Golden Boot on the final day of the 2021/22 Premier League season.

Pep Guardiola’s side overtook Liverpool by a point after a frantic title race between the two clubs.

Individual awards were also presented, including the Golden Boot Award.

Cristiano Ronaldo finished third in the race and scored 18 goals on his Premier League return, followed by Tottenham vice-captain Harry Kane on 17 goals.

Here is the summary of how Son and Salah received their joint award:

The Tottenham winger is the first Asian player to ever win the Premier League Golden Boot.

The South Korean sensation scored twice in Spurs’ 5-0 win over Norwich at Carrow Road, sealing the club’s return to the Champions League.

All of Son’s 23 league goals this season have come from direct play, illustrating his remarkable campaign for the north London club.

Son told BBC Sport after Tottenham’s win at Norwich: “To have this award is incredible.

“Up until my goal I was really frustrated that I missed big chances. I told the players that I missed the easiest chances and hit one of the hardest. I didn’t give up.”

The Egyptian striker scored his third golden boot after scoring in Liverpool’s 3-1 win over Wolves.

Liverpool’s talisman previously clinched the Golden Boot in 2017/18 when he scored 32 goals and in 2018/19 when he finished the season with 22 goals.

After a sparkling start to the season, Salah’s goals dried up after his disappointment at the Africa Cup of Nations.

20 of his goals came before March 12, with the most memorable being the hat-trick he scored against Manchester United in October.

Salah also won the Premier League Playmaker of the Season award, which is given to the player who provided the most assists.

The winger has provided 13 assists this season, one more than teammate Trent Alexander-Arnold.

History of the Golden Boot

The Golden Boot has been part of the Premier League since its inception in 1992. Since then, Arsenal legend Thierry Henry has won the award four times, more than any other player in league history.

The award has previously been shared three times. In 1997 the award was shared between Chris Sutton, Dion Dublin and Michael Owen, with the lowest total ever of 18 goals.

Since the league switched to a 38-game season, Mo Salah has held the record for most goals in a season with 32 goals in his first year with the Merseyside club.