Recent news has it that Riaan Naude, a trophy hunter from South Africa, has been found dead by local police. The 55-year-old was killed in South Africa’s northernmost province, Limpopo. Naude was responsible for Pro Hunt Africa and published photos of himself with animals he hunted, such as lions and elephants.

Locals say Riaan Naude stopped his car because it was too hot. Two killers reportedly got out of another car that had stopped near Naude’s car and shot him dead. Then they took one of Naude’s weapons and ran away. It is not yet clear when the person will die. But in early June, local newspapers reported that he had died.

Local police found Naude’s body “lying face up” and “with blood all over his head and face,” according to Vice. Local news outlet Maroela Media also said Naude’s car was found near Kruger National Park, which is one of the largest game reserves in South Africa. Local police also found two hunting rifles with bullets, water, whiskey and other items in his car.

Warning: This article contains images of animals that have been killed. 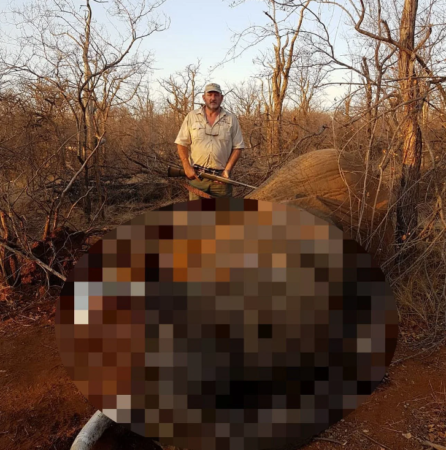 Naude with a hunted elephant

What happened to Riaan Naude?

Riaan Naude, known for killing many wild animals, was shot.

The Heritage Protection Group, a non-profit organization that deals with such crimes, said:

Local media reported that the police lieutenant colonel told them they still do not know why Riaan Naude was killed. A nearby rancher reportedly heard the shot and called the police.

What is known about Riaan Naude?

Riaan Naude was the owner of the group Pro Hunt Africa, which planned hunting trips for people who paid for it. All hunters in the group are said to live in South Africa.

The trophy hunter reported on his adventures on Instagram, where he had around 1,400 followers. He did this while posing with the dead bodies of animals he had killed. Currently, this type of hunting is legal in the Republic of South Africa and 12 other African countries.

At the moment we don’t know much more about Naude other than that he was originally from South Africa and was reportedly born on June 27th, 1971.