Elizabeth Rose Struhs, who was 8 and had type 1 diabetes, was found dead at her family’s Queensland home, which was also a cult church. Police say that instead of giving her medication, her parents prayed for her recovery. The police, along with their parents, arrested seven other women and five other men who also belonged to the sect and charged them with murder. They were between 19 and 64 years old. 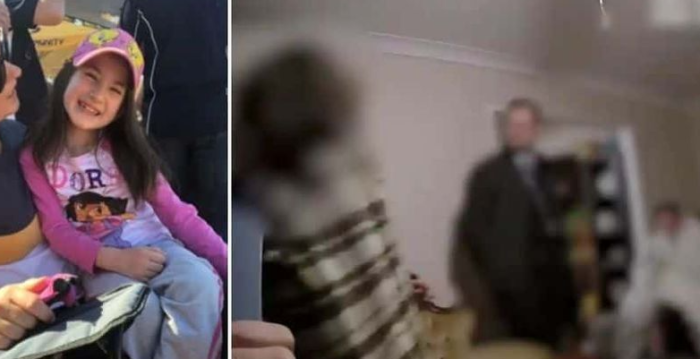 Police found her body on January 11, but believe she died four days earlier. Jason and Kerrie Struhs, Elizabeth’s parents, were arrested earlier this year as part of the investigation into Elizabeth’s death. Jason is 50 and Kerrie 46. Police also said her parents held a “prayer ritual” in which up to 20 members of the radical religious group played guitar and sang over her ailing body instead of giving her the treatment she needed . After that, they didn’t call for help until around 5:30 the next morning.

Police say all 12 people arrested knew the child was ill, were at the address and did nothing to help the child get medical attention. 9News said the group was aware of Elizabeth’s complicated health issues and illnesses but still didn’t get her the basic care she needed. They thought that God would help her get better. The people in the sect called themselves “The Saints” and there were three families with children in it.

Police also said the parents thought their daughter had “worms” and that God promised “100% healing.” Along with the 12 cult members, the couple were also charged with murder, torture and failing to provide them with basic necessities.

Jayde Struhs, Elizabeth’s older sister, left the cult when she was 16 because “the cult my parents are in is based on fear and control,” she said. She has since promised to look after her five younger siblings, all of whom are under the age of 18. Jayde, who appears to be a lesbian, said, “They push religion to its limits and cut us off from the real world and family members who don’t believe.” was. With so many questions left unanswered, we must face the harsh truth that the people who should have protected her didn’t, and we may never know the full story,” she typed.

Jayde started a GoFundMe page to raise money so she can care for her younger siblings. She graduated from high school, participates in community sports and lives in Brisbane with her partner Emma.