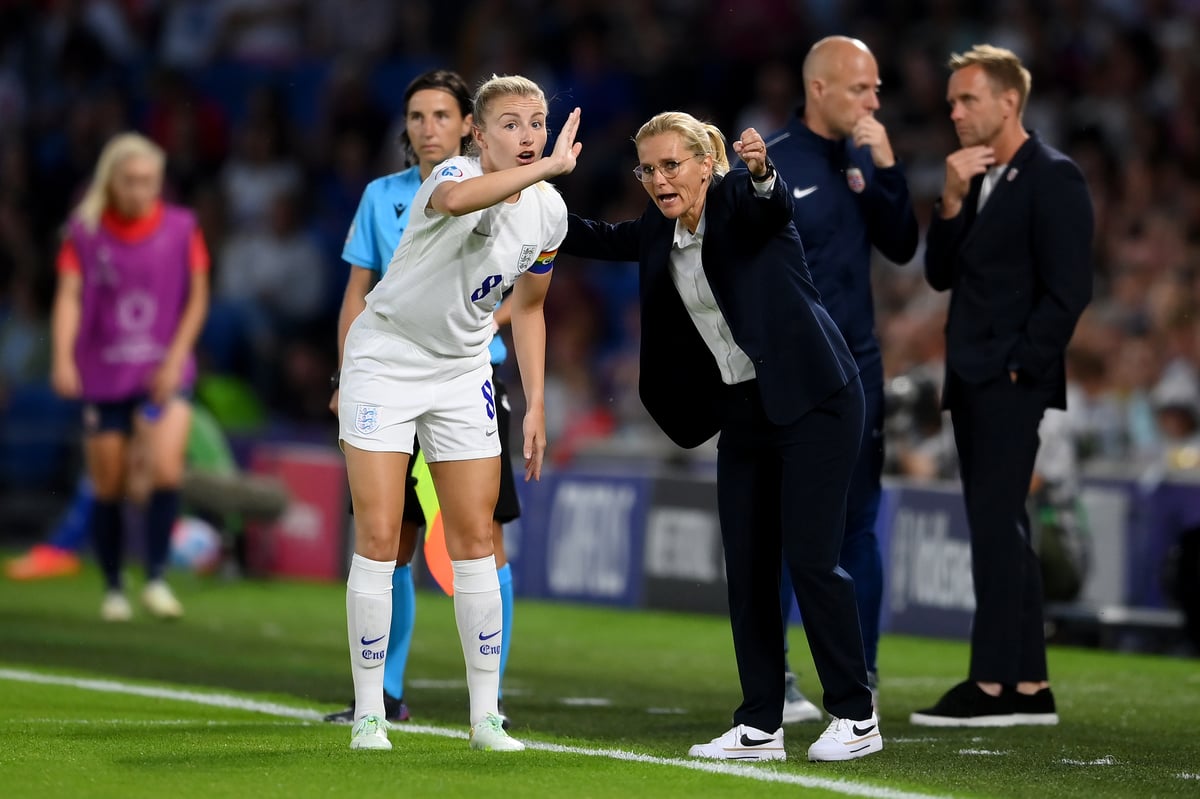 Sarina Wiegman is currently leading England in their Euro 2022 tournament.

The two teams will face off throughout the day to advance to the semi-finals of the tournament.

Register to our world of sports Newsletter

In fact, England have been unbeaten since April 2021 when they lost to Canada in a friendly. They have enjoyed some of their biggest successes in recent months, with much of their success being attributed to the appointment of Dutch manager Sarina Wiegman in September 2021.

As England women attempt to win their first major trophy, here’s everything you need to know about the women leading them there:

Born in The Hague, Netherlands, Wiegman joined ESDO at the age of six from Wassenaar, where she played with the boys.

She then moved to KFC ’71 in 1987, with whom she won the KNVB Cup that same year. While playing for the 1988 FIFA Women’s Invitation tournament, she met the head coach of the US women’s national soccer team, who invited her to study at the University of North Carolina.

Here she played for the North Carolina Tar Heels, founded in 1989.

Her time in North Carolina was a stark contrast to what she experienced at home, where members of her team were forced to work alongside their football career.

Wiegman became a physical education teacher and kept her job for the rest of her playing career.

In 1994, Wiegman moved to Ter Leede and won two Dutch league titles and a KNVB Cup. She retired from gaming in 2003 after becoming pregnant with her second child.

In addition to her club career, the Dutch defender has played 99 FIFA internationals and scored three goals.

Three years after hanging up her boots, the central midfielder/defender has been announced as manager of Ter Leede.

She led the team to the 2007 Dutch Championship and KNVP Cup before returning to her hometown to manage the ADO Den Haag Women’s Team, which competed in the newly formed Women’s Eredivisie.

Wiegman led her new team to the 2012 Eredivisie title and KNVB Cup.

In 2014, the former Netherlands international left club football to become an assistant coach of the Netherlands women’s team.

Over the next few years, due to layoffs and resignations, Wiegman alternated between acting as head coach and her own role as assistant coach.

She was announced as the new head coach in 2017 and in her four years with the team has had a 72% win rate with the Dutch team.

In their first game, England beat North Macedonia 8-0 in a 2023 World Cup qualifier.

Since then she has remained undefeated, with just two draws in 17 games in charge.

The 52-year-old also guided the Lionesses to their inaugural Arnold Clark Cup win earlier this year and is now looking to take them a step further in Euros competition.

England and Spain are set to meet later this evening, Wednesday 20 July 2022 at 8pm BST at Brighton’s Falmer Stadium.

The BBC has the rights to all coverage of the Women’s Euros and coverage will begin 30 minutes before kick-off is scheduled.