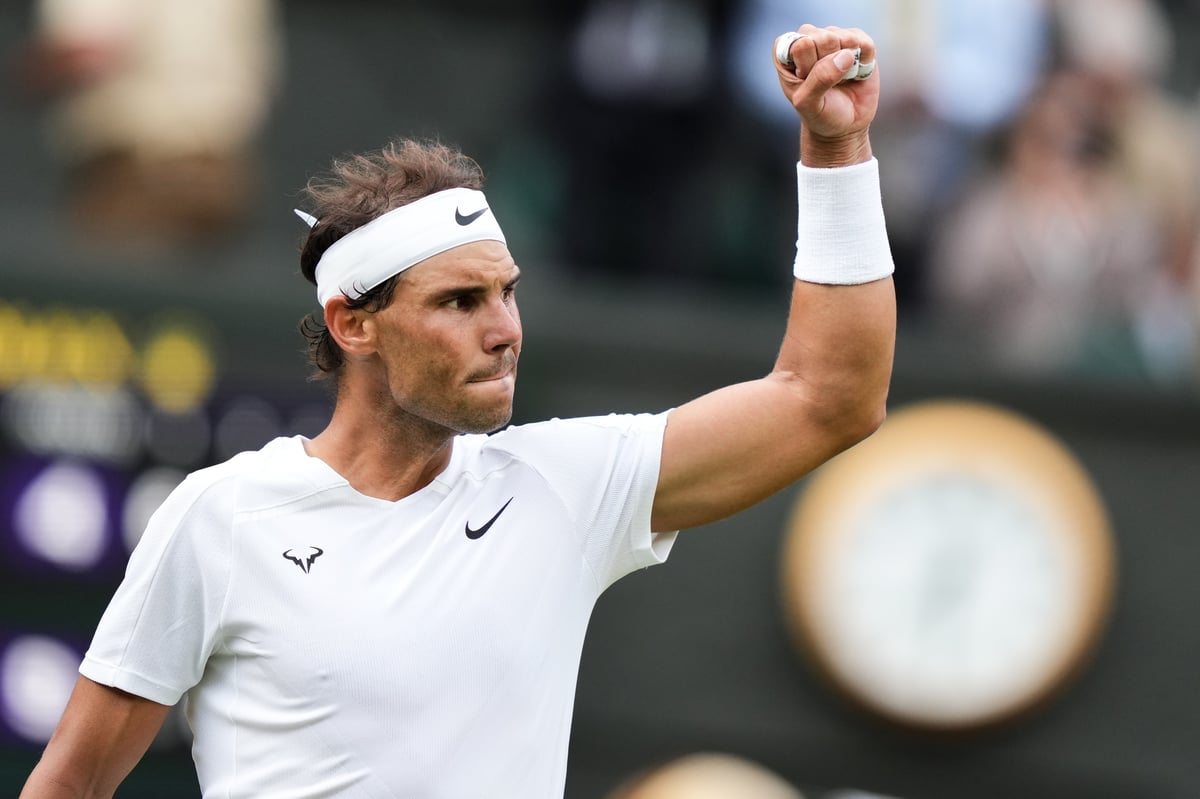 Rafael Nadal is in the semifinals at the All England Club where he meets Nick Kyrgios.

Rafael Nadal is hoping to win the Calendar Slam this year after already winning at the Australian Open and French Open.

The Spaniard has now made it to the semi-finals at Wimbledon where he is looking to regain the trophy he last lifted in 2010.

The 36-year-old defeated Francisco Cerundolo in the first round and Ričardas Berankis in the second in the early stages of this year’s event.

Nadal’s opponent in the third round was Lorenzo Sonego but this match proved to be his most direct yet as he won in straight sets, then Botic van de Zandschulp in the round of 16 and another win in straight sets.

Yesterday’s quarter-final clash with Taylor Fritz proved more of a challenge, but he prevailed over five unsteady sets as he reached his eighth Wimbledon semi-final.

His closest competitor throughout the tournament will be Novak Djokovic, who is hoping to fight for his title and challenge Nadal for the most Grand Slams won by a man.

As of today, Nadal and Djokovic will meet in the men’s singles final if both make it.

Who is Rafael Nadal playing against?

Nadal meets world No. 40 Nick Kyrgios in the semi-finals of Wimbledon 2022.

The Aussie got through yesterday’s quarterfinal match after winning three straight sets against Cristian Garin.

It is the first time that the 27-year-old has reached the semi-finals of a Grand Slam event.

When is Rafael Nadal playing next?

With Nadal playing second on center court, the start of his game will be determined by how long Novak Djokovic’s previous game against Cameron Norrie lasts.

Center Court action begins at 1:30pm BST and the current estimated time for Nadal’s clash with Kyrgios is 2:45pm.

BBC One and BBC Two have all the coverage from Wimbledon.

For those who can’t watch the TV, BBC iPlayer will stream the games. Sue Barker will lead the coverage and will be joined by a host of former Grand Slam champions and tennis stars.

What are Rafael Nadal’s chances in the tournament?

Nadal’s odds of winning the men’s singles title are currently 6/1, meaning both Djokovic and Kyrgios are both favorites to win the tournament ahead of him.

Kyrgios is also the favorite to win tomorrow’s semifinals at 8/13 compared to Nadal’s 6/5 odds.

Who plays in the other semi-finals in men’s singles?

In Tuesday’s other quarter-final, British number one Cameron Norrie advanced to the semi-finals by beating Belgium’s David Goffin.

Reigning champion Novak Djokovic also reached the next round but was forced to do so in five sets after a spirited performance from Jannick Sinner saw the Serb lose the first two.