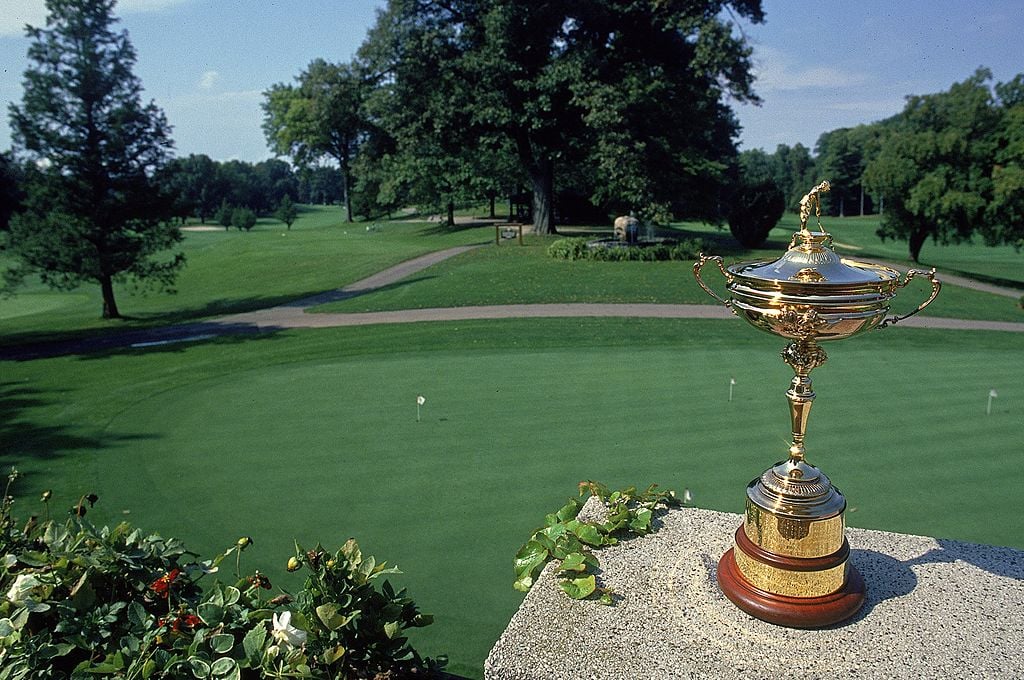 23 years have passed since the notoriously bad-tempered intercontinental clash.

The US Open begins this week with 156 of the best golfers competing for a $12.5 million share and a place in the history books.

The illustrious tournament will be held at The Country Club in Brookline, Massachusetts – a course with a history of its own.

As well as being one of the oldest clubs in the United States, Brookline has hosted the Open three times but is perhaps best known for providing a backdrop for the 1999 Ryder Cup.

Since the competition was christened the Battle of Brookline, it has been the subject of a series of controversies and has represented one of the most unlikely comebacks in modern sporting history.

Here’s everything you need to know…

What was the “Battle of Brookline”?

The “Battle of Brookline” was a nickname given to the infamous 1999 Ryder Cup competition between America and Europe.

The 33rd edition of the legendary intercontinental tournament, held at the country club in Brookline, Massachusetts, was marred by controversy and unruly fan behavior.

The guests had led 10:6 before the finals and theoretically only needed four points to win.

But their hosts bounced back and won the first 6 games of the day to take the lead that would ultimately prove crucial.

Back then, America’s unlikely success was the biggest final-day comeback win in Ryder Cup history.

Why was the “Battle of Brookline” so controversial?

The 1999 Ryder Cup has become notorious for a series of incidents that have been widely recognized as showing bad sportsmanship.

The behavior of both the US team and their fans was widely criticized on both sides of the Atlantic in the days following the American victory.

Throughout the tournament, European players faced harassment from spectators, while there were also allegations of cheating by marshals.

Famously, members of the American team entered the 17th green after Justin Leonard potted a long putt during his tie with Jose Maria Olazabal, but before the Spaniard attempted his shorter shot to even the score.

Olazabal would continue to miss his putt, leaving Leonard with a hole to play, earning him a half-point and guaranteeing an American win.

After the competition, several members of the European team criticized the actions of the US team and the spectators.

Colin Montgomerie said his father left the course in disgust over the amount of abuse his son was subjected to, while captain James reported a fan spat on his wife.

Andrew Coltart’s caddy claimed that a marshal had concealed the player’s lost ball until a five-minute time limit had elapsed, resulting in a one-stroke penalty.

Vice-Captain Sam Torrance explained that those who stormed the green on the 17th hole had trampled over Olazabal’s putting line and highlighted Tom Lehman’s behavior on the final day, calling the former world number one “disgusting”.

Broadcaster Alistair Cooke described the final day of the tournament as “a date that will live in disgrace” in an article entitled “The Arrival of the Golf Hooligan”.

Some of the Americans later apologized to their squad, and many newspapers were critical of their team.

The Washington Post bluntly referred to the US team as “donkeys” and The Los Angeles Times suggested that they had “violated every principle of proper golf decorum and decent manners”.