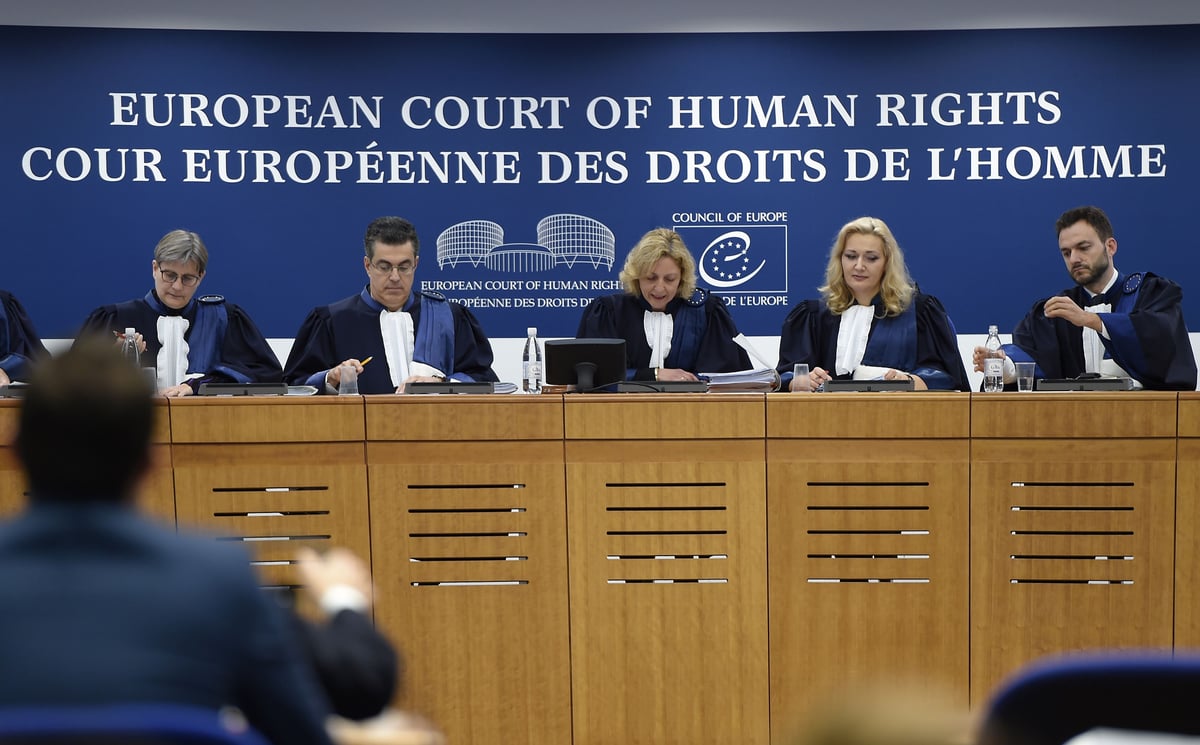 The European Court of Human Rights (ECtHR) has made headlines after blocking a British flight carrying asylum seekers to Rwanda as part of a controversial new UK immigration policy.

The Court and the European Convention on Human Rights are still relevant to the UK despite the country leaving the European Union in January 2020.

Here’s everything you need to know about the international court and why its jurisdiction still extends to the UK.

What is the European Court of Human Rights?

The ECtHR was established in 1959 to hear both individual and State cases allegedly violating the human rights of European citizens.

The court itself is based in Strasbourg, France, and 46 nations of a group known as the Council of Europe fall under its jurisdiction.

The ECtHR makes judgments based on the European Convention on Human Rights.

Which countries are in the Council of Europe?

The Council of Europe consists of 46 nations and was founded in 1943 after the then British Prime Minister Winston Churchill made a proposal for the creation of such a group of countries.

The aim was to prevent the continent from seeing such atrocities committed by the Nazis during World War II.

The founding members of the council included the UK, Italy, Belgium, Denmark, France, Ireland, Luxembourg, the Netherlands, Norway and Sweden, all of whom signed the original treaty.

Over the years the Council has grown to include most European nations.

The current members of the Council of Europe are:

Only two countries have ever left the Council of Europe – Greece, which was temporarily suspended after a military coup in 1967, and Russia, which lost its voting rights after the 2014 annexation of Crimea.

What is the European Convention on Human Rights?

The European Convention on Human Rights was created after World War II and consolidated in 1953.

The treaty was agreed by all members of the Council of Europe.

It was created to ensure that nations do not violate the human rights of individuals in their respective countries.

The Convention consists of several articles that can be decided by a court.

These include issues such as the right to a fair trial, the prohibition of torture and the right to liberty and security.

The ECtHR ruled on the disputed Rwanda flights under Article 3 of Section One of the Convention, which states: “No one shall be subjected to torture or to inhuman or degrading treatment or punishment.”

Why is the UK still subject to the jurisdiction of the European Court of Human Rights after Brexit?

The UK voted to leave the European Union in 2016, with the process completing in January 2020.

However, the political and economic organization is a completely different entity from the European Court of Human Rights, which is not an EU institution.

The UK remains a member of the Council of Europe, which means UK human rights cases can continue to be heard by the ECtHR.

Normally, a judgment of the ECtHR would be ratified into EU law, but if human rights law were amended, the UK would no longer be as bound by EU law as it was as a member.

Will Britain leave the European Court of Human Rights?

Tory MPs have put pressure on the party leader to remove Britain from the jurisdiction of the ECtHR, with Jonathan Gullis MP for Stoke-on-Trent North blaming “left-wing advocates and campaigners” for the ban on the Rwanda flight.

He said: “It is clear that the ECtHR prevented the flight from departing after efforts in UK courts were exhausted. The role of the ECtHR in UK law urgently needs to be investigated!”

Sir Iain Duncan Smith, former leader of the party, reiterated his comments, calling the ECtHR’s intervention in the situation “a legal farce”.

However, Pensions Secretary Theresa Coffey has muted calls to leave the ECtHR, telling BBC Radio 4: “I don’t think that’s a question at all that I know is even on the table.”