A 22-year-old man has been arrested and charged in connection with an incident that scared shoppers at Field’s shopping center in southern Copenhagen.

Police Inspector Soren Thomassen said the three injured were a 40-year-old man and “two young people”. He said the first reports of a shooting were received by police at 5:37 p.m. local time. Eleven minutes later, the suspect was arrested.

Thomassen called the suspect an “ethnic Dane,” which is usually a term for someone who is white. Pictures taken at the scene showed people leaving the mall and Danish broadcaster TV2 shared an image of a man on a stretcher. Witnesses say people cried and ran into stores to hide. 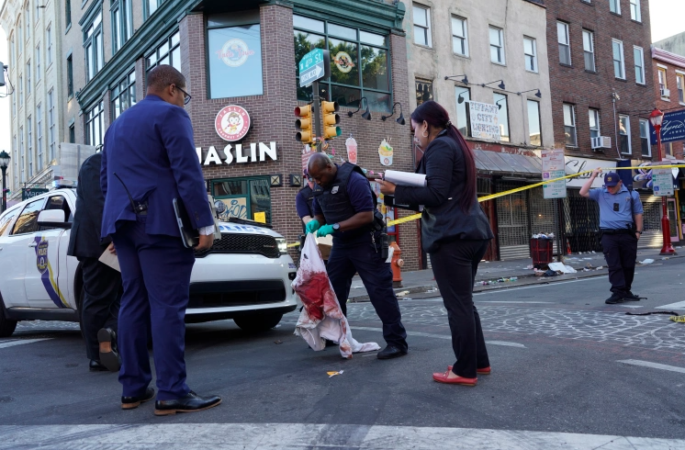 What does ethnic Dane mean?

Most often, a white person is referred to as an “ethnic Dane”. The Danes are a North Germanic people living in Denmark and are part of the modern nation of Denmark.

A gunman opened fire at a popular shopping center in the Danish capital on Sunday. Three people were killed and three others seriously injured.

After a 22-year-old Dane was taken into custody, a police inspector called him an “ethnic Dane”.

Early Sunday evening, police conducted a thorough search of the Zealand area to see if there were any people working together.

The police chief said the investigation had not found any evidence of racial or other motives. However, this could change. Police have asked anyone who may have seen, heard or recorded anything to get in touch.

There is not much gun violence in Denmark. Thomassen said it was too early to guess what led to the shooting.

The incident happened in the late afternoon at Field’s, one of Scandinavia’s largest shopping malls outside of Copenhagen. Witnesses say that when shots were fired, some people ran into shops to be safe, while others ran away in fear.

Police said later Sunday that the suspect was caught with a gun and ammunition in his hands. He is charged with manslaughter and will appear before a judge on Monday.

The shopping district is outside of Copenhagen and close to a metro station on a line that runs from the city center to the international airport. In addition, the shopping center is located directly on a busy highway.

The concert Harry Styles was scheduled to give at the nearby Royal Arena on Sunday night has been postponed.

The Danish royal family announced shortly after the incident that Crown Prince Frederik’s planned event had to be postponed. A party was planned with the event to honor Denmark for the first three stages of the Tour de France.

Several area officials were saddened by the shooting and offered their condolences to the injured families.

A 22-year-old man with a gun has been arrested and is being held responsible for what happened at Field’s shopping center in southern Copenhagen, leaving shoppers scared. He is charged with manslaughter and has to appear in court on Monday.

TV2 in Denmark showed a blurry image of the suspected shooter, who was a man in knee-length shorts and a tank top, who appeared to be holding a gun in his right hand. Manslaughter occurs when an accident kills someone, but the person who caused the accident did not intend it to happen.

After the shooting, there were many police officers in the area with large guns, and there were also many fire engines parked outside the center.