Due to conspiracy theories, many people are held responsible for the murder, which has not yet been solved. Some people have even said that her older brother Burke might have done it.

Casting JonBenét, a feature length documentary on Netflix, has just been released. A mix of fiction and non-fiction, it attempts to find out why people are still interested in this unsolved crime. 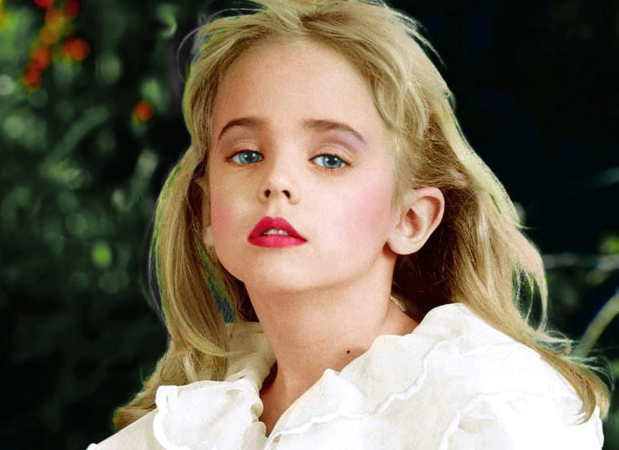 What actually happened to Jonbenet Ramsey?

On December 26, 1996, Jonbenet’s body was found in the home she shared with her family in Boulder, Colorado.

The little beauty queen’s parents called the police when they couldn’t find her. Eight hours later, her father found her in the basement of the house. The little girl was found with nylon cord around her neck, wrapped in her white blanket, with her wrists tied above her head and tape over her mouth.

An autopsy on JonBenét’s body revealed that she had been knocked unconscious by a blow to the head with a blunt object. After being struck down with a garrote made from a piece of string and the handle of a broken brush, she was strangled 45 minutes to two hours later.

Patsy Ramsey said JonBenét wasn’t wearing the clothes she was wearing when she went to bed. Police later confirmed that she had been sexually assaulted and that the official cause of death was “asphyxiation from strangulation associated with traumatic brain injury.”

When investigators retested the blood sample they found on JonBenét’s underwear in December 2003, they found it was not from anyone in the Ramsey family. Instead, it came from an unknown man.

JonBenet Ramsey was murdered in her own home in Boulder, Colorado

Although no one has ever been accused of killing the 6-year-old beauty queen, her parents, John and Patsy Ramsey, her older brother, Burke Ramsey, and a teacher, John Mark Karr, made a false confession to the crime. were all suspected.

Since Ramsey’s death, there have been many theories and lies as to what happened. After her death, police immediately thought her family was to blame, but in 2008, DNA testing acquitted JonBenét’s parents and brother Burke.

In 1999, a jury voted to indict John and Patsy Ramsey on child molestation charges that led to the first-degree murder of their daughter, but the district attorney refused to sign the indictment.

Behavioral experts also thought Burke might have killed his sister out of jealousy after she stole some of his midnight snack. At the time, Burke was having mental health issues.

Burke responded by suing the expert for £120million. The case was eventually settled for an amount that was not made public.

Where are JonBenet Ramsey’s parents now?

As the investigation dragged on, the Ramsey family wanted to get on with their lives. They moved from Colorado to Charlevoix, Michigan, where they spent long summers.

Although it has been 24 years since JonBenét Ramsey was brutally killed, her family still grapples with the aftermath of her death every day.

Also, Ramsey’s brother had a hard time growing up after their sister died. Burke Ramsey said, “I’ve spent the last 20 years growing up like a normal kid, which doesn’t mean being on TV.”