The first season of The Umbrella Academy came out in 2019 and fans had a lot to say about how Ben Hargreeves died. The show’s third season may have shed some light on the situation.

American superhero streaming TV show The Umbrella Academy is based on a comic book series of the same name by Gerard Way.

It is a Netflix original series created by Steve Blackman and developed by Jeremy Slater. It follows a dysfunctional family of adopted superhero siblings who reunite to solve the mystery of their father’s death and prevent an imminent end of the world. 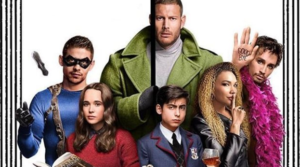 The main cast of the Umbrella Academy

What is the Umbrella Academy Jennifer Incident?

The death of Ben Hargreeves is referred to as the “Jennifer Incident” in Season 3 of The Umbrella Academy.

Sparrow Ben says Luther used the phrase in “You Died Too Soon, Marigold.” “What happened to Jennifer…”

In a later episode, Klaus makes a similarly vague comment about the “Jennifer Incident,” but the juicy details emerge when Viktor hides in Sparrow Ben’s bedroom after an argument with Allison.

A Sad Moment Viktor searches Ben’s room for drawings of a girl named “Jennifer” on his desk and walls.

This scene reveals that Ben knew Jennifer in both the Umbrella and Sparrow universes. It can also show how Ben died.

There are many different viewpoints on Ben’s death theory on Reddit.

A user named ShouldBeZZZ doesn’t care how Ben dies, but the user thinks it would be interesting if Ben killed himself. The quote on Ben’s statue “May you find light in your darkness” would be much stronger if that happened.

The idea of ​​the incident with Jennifer fits with how different Ben and Ben are in The Umbrella Academy.

Old Sparrow Ben was kind and selfless. He would always give his life for someone he cared about. The new Sparrow Ben, on the other hand, is more competitive and obsessed with success and fame.

It’s understandable to be disappointed that The Umbrella Academy season 3 doesn’t fully explain how Ben died, but it’s better to leave viewers in the dark.