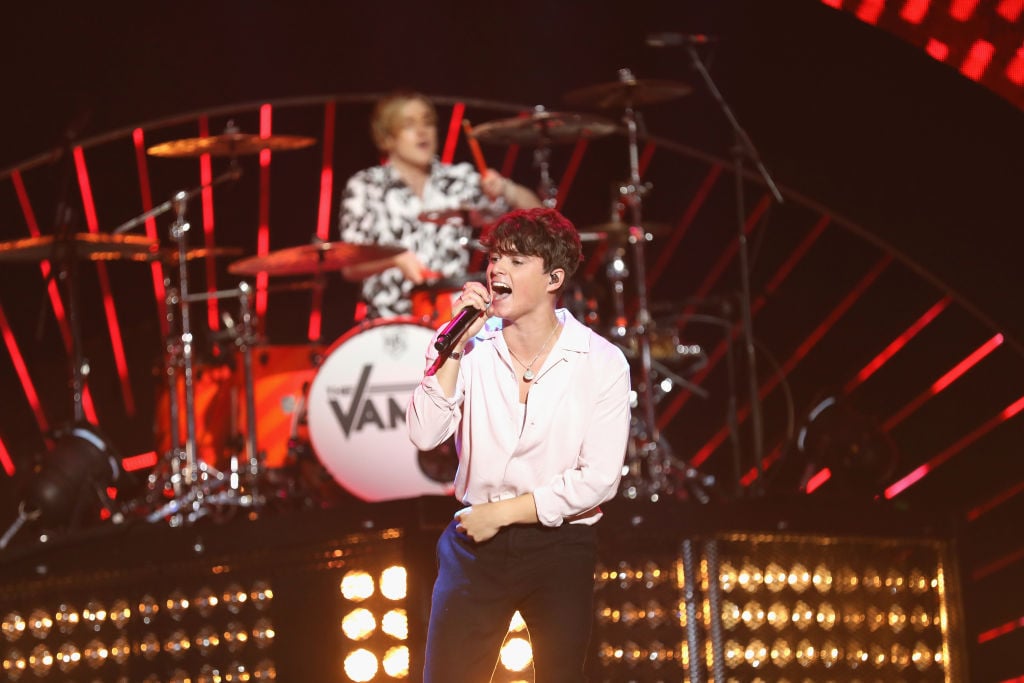 To celebrate their 10th anniversary, The Vamps have announced a new Greatest Hits Arena tour to take place across the UK and Ireland

To celebrate 10 years together, The Vamps have announced that they will embark on a Greatest Hits Arena Tour across the United States United Kingdom and Ireland later this year.

The group, consisting of vocalist/guitarist Brad Simpson, guitarist James Brittain-McVey, bassist Connor Ball and drummer Tristan Evans, formed back in 2012 and have gone on to become one of the biggest modern British bands, with multiple number ones, two certified gold albums and their own record label.

This is everything you need to know about the new tour that has just been announced.

When was the tour announced?

On Thursday, June 16, the band took to social media to announce that their greatest hits tour would begin later in the year.

The band tweeted: “Our Greatest Hits Arena tour kicks off this November in the UK and Ireland, we can’t wait to see you all and celebrate the last 10 years together.”

The tweet also included a video montage of the group over the past 10 years.

What are the venues and tour dates?

The tour dates and venues for the Vamps’ Greatest Hits Arena Tour are as follows:

James McVey and Bradley Simpson of The Vamps perform during Free Radio Hits Live at Arena Birmingham on May 04, 2019 in Birmingham, England. (Photo by Jeff Spicer/Getty Images)

When can I get tickets?

Tickets are not currently on sale, but there are two ways to get pre-sale tickets for the Greatest Hits UK and Ireland tour.

First, you can pre-order the official vamps zine their website. The zine costs £24.99 and includes a 68-page zine book with exclusive interviews and behind-the-scenes photos, a CD curated by the Vamps with five unreleased tracks, four special edition postcards, a double-sided artcard and a hidden QR link for bonus content exclusive to the zine.

Advertisement
(LR) Tristan Evans, James McVey, Connor Ball and Bradley Simpson of The Vamps attend The Pride of Birmingham Awards in partnership with TSB at The University of Birmingham on March 26, 2019 in Birmingham, United Kingdom. (Photo by Jeff Spicer/Getty Images)

Orders must be placed before 4pm Tuesday 28th June to be eligible for a presale code. The codes themselves will be emailed out on Tuesday 28 June from 6pm, with the pre-sale starting on Wednesday 29 June at 10am.

Alternatively, you can simply sign up to get pre-sale access to the tour without purchasing the zine. Again, you must register before 4pm on Tuesday 28 June to receive your exclusive ticket pre-sale code.

You can register via the Vamps website, and you will need to provide personal information such as your name, email address, date of birth, country and mobile phone number. You should be aware that tour dates may be age restricted and that advance purchase access does not guarantee a ticket.

General ticket sales begin Friday, July 1st for those without presale access or those who were unable to get a ticket during the presale.