Shimmer El Sheikh’s wife, 68, was killed in a shark attack while a terrified family looked on helplessly 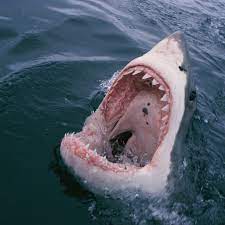 A woman has reportedly died after being attacked by a shark off the coast of Sharm El Sheikh, an Egyptian resort town. The 68-year-old victim struggled to defend herself as the predator bit her arms and legs. Her family and numerous other vacationers apparently witnessed the terrible incident. The unnamed Austrian, who was said to be married to an Egyptian, died of “shock” after being taken to hospital by ambulance.

The incident was also caught on video by some Russian visitors trying to swim back to shore. She reportedly had blood in the water at the time. While some stories said people just stood by and watched the tragedy unfold, others reported that they made every effort to “distract the shark from the victim.”

Simon Nellist may have been mistaken for a seal during the shark attack because of his wetsuit.

People are rushing out of the sea, a Russian visitor was quoted as saying by The Sun. There is no ambulance and no one is helping her. She is armless up to her elbow. She was grabbed by the shark, who then flipped her over. According to another Egyptian witness, the senior was swimming in the Sahl Hashish area south of the resort of Hurghada on Friday. The shark that attacked her bit off her arm and leg. She made an independent attempt to reach land.

“Medics came and took her to the hospital,” they said in conclusion. Her heart was not resuscitated despite the resuscitation techniques used by medics along the route. In the ambulance, the woman died of terrible shock. Another person said: “Doctors fought for her life for a long time and revived her heart, but she could not be saved.

A swimmer died in a similar incident in February while swimming at Buchan Point near Little Bay in Sydney’s east. British expat Simon Nellist was about to marry his lover when he was killed by a shark. Nellist’s acquaintance at the time explained: “He and Jessie were going to get married last year but that was postponed because of Covid. It really is abominable. We just hoped and prayed that he wasn’t for most of yesterday. It’s still very raw,” Simon said before I added. That’s all there is to say. He really was the best. The nicest and kindest person ever, he. It’s a great loss. Due to the Covid problem we haven’t been able to see him for the past few years.

The friend said: “He was quite knowledgeable and very close to nature. He wasn’t an idiot. It was just an accident. When Simon dived, he brought us the most incredible videos of the local wildlife. He showed so much reverence for the animals. Around six years ago he left the RAF, went on a journey and immediately fell in love with the world. Then he started worshiping Jessie. I am aware that he has served in the RAF on several significant tours of duty.