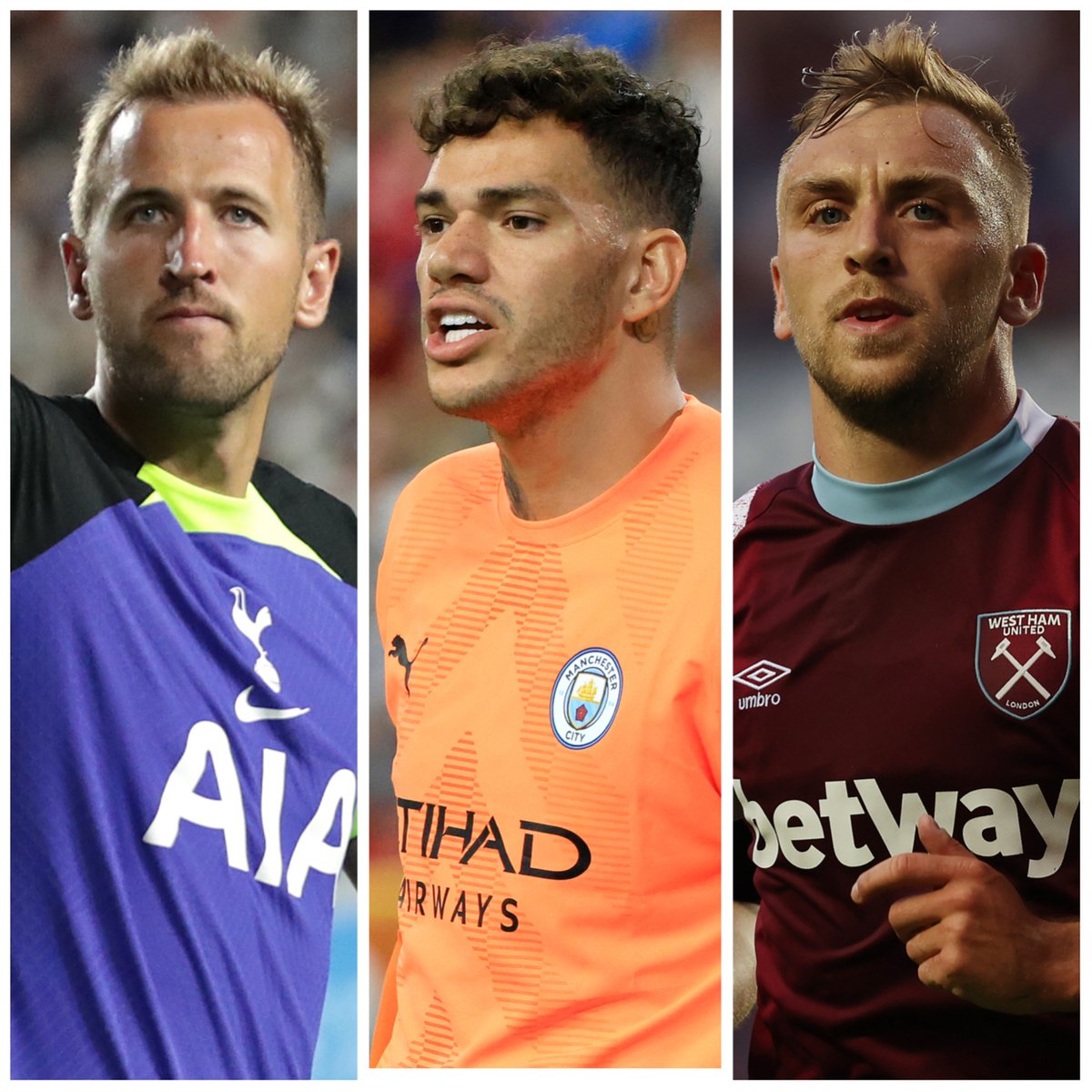 Here are our predictions for each of the individual Premier League awards for this season.

The time has almost come as we fast approach the first day of the new Premier League season.

Crystal Palace and Arsenal will set us up against each other in Friday night’s opener before the remaining 18 teams battle it out for Opening Day victory over the weekend.

Of course, the top prize throughout the campaign will be that shiny Premier League trophy, but individual players are also hoping to pick up their own awards.

Last season, Mo Salah and Heung-min Son were awarded the Golden Boot, the former also had the most assists and both Alisson and Ederson were crowned Golden Glove winners.

With a full season ahead of us, we’ve made our predictions for each of the three awards…

Having finished last season with 17 Premier League goals, I expect Harry Kane to massively improve his goalscoring tally now that Tottenham are gearing up for a potential title campaign.

The forward failed to score in the Premier League until October last season but was greatly improved following the arrival of Antonio Conte and is likely to pick up right where he left off.

With players like Heung-min Son, Dejan Kulusevski and Ivan Perisic feeding him balls, I’d expect Kane to score 25+ goals for Tottenham – enough to earn him the Golden Boot.

Despite a horrible miss in the Community Shield last weekend, I expect Erling Haaland to bounce off the spot fairly quickly and not collapse under the pressure like many are expecting.

If the former Borussia Dortmund striker can stay fit I can see him scoring goals for fun in a very talented Manchester City side, although I think Pep Guardiola’s eagerness to rotate for the Champions League won him the Golden Boot could cost.

Despite the arrival of Darwin Nunez and a rather disappointing end to last season for Mohamed Salah, I still expect the Egyptian to be the main source of goals for Liverpool this time around.

Salah has looked lively in pre-season and is likely to count on him a lot more after Sadio Mane’s departure.

With a new deal in place and dusted, he can now just focus on his football and I can imagine him scoring as many goals as Haaland.

Jarrod Bowen finished last season with ten assists in the Premier League and I can see him building on that this time.

Now that West Ham have Gianluca Scamacca, Bowen can slightly improve his assist tally and I expect him to really excel in all areas of his goalscoring this season.

Trent Alexander-Arnold was just missing one of Salah’s 13 assists last season and he’s likely to be in contention for that Playmaker Award again – despite being a defender.

The England international has an incredible cross and seems to be improving for the Reds every year.

With the likes of Salah, Nunez and Diaz in front of him, I can see him getting a few more assists this time.

Heung-min Son dominated with his goals last season but “only” had seven assists throughout the season.

The South Korean reached double digits in the previous two seasons but also scored fewer goals – but I think this is the year he will be brilliant on both fronts.

As with Kane, the talent Tottenham have now will really help Son’s numbers and I can see him providing a large number of assists this season.

With arguably the best ten players in front of him that any goalkeeper in the world has, it’s very hard to see Ederson conceding many goals this season.

The Brazilian had the most clean sheets last season and I think he’ll do even better this time in what is likely to be a near-perfect campaign for Man City, while I expect the arrival of Kalvin Phillips to be big too will boost for Ederson.

I expect Alisson to be very close behind Ederson, but I imagine Liverpool are capable of a shock slip or two this season which could hurt their Golden Glove hopes.

The 29-year-old will no doubt put on another brilliant show throughout the season but I think he would have to be unbeatable to oust Ederson at the top.

Both Ederson and Alisson are at a completely different level than Hugo Lloris but I expect the Frenchman’s defense will do a lot of work for him.

With the likes of Cristian Romero, Eric Dier and Clement Lenglet in the ranks, I expect Conte to build a really organized defense that will be very difficult to break.

Lloris will definitely do his job, but I also don’t think he’ll have much work to do on many occasions.