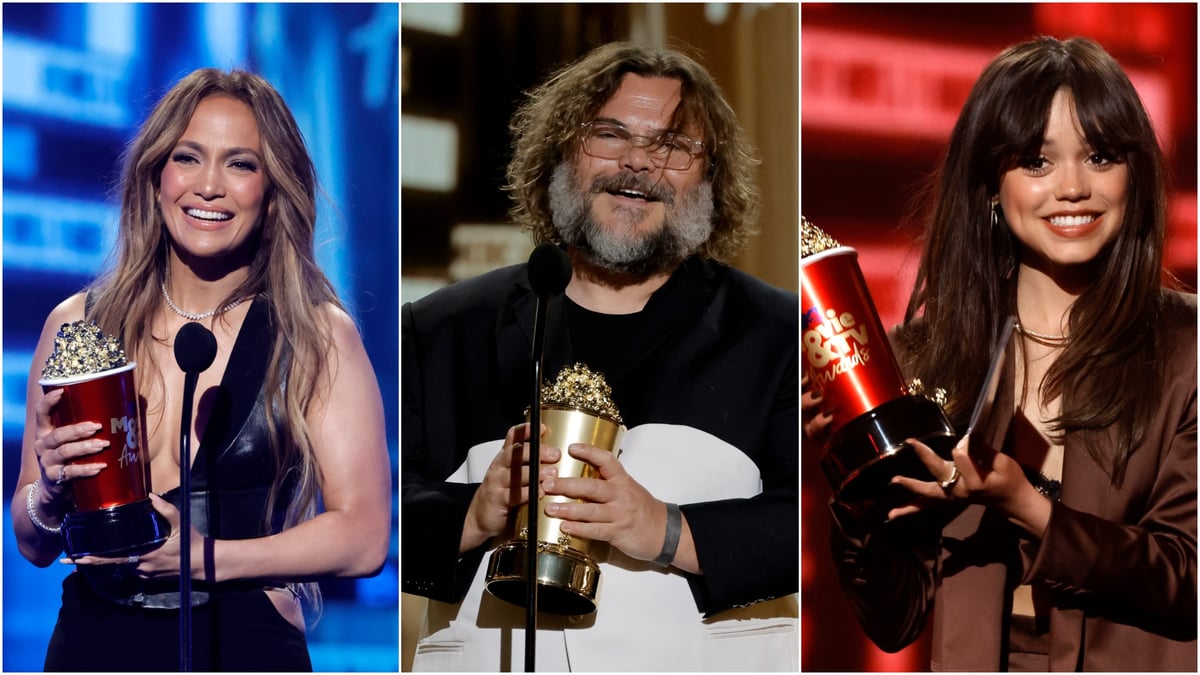 Celebrities J-Lo and Zendaya, along with TV show Europhia, are among the big winners of the 2022 MTV Awards

British talent such as Daniel Radcliffe and Sophia Di Martino were also honored at the annual edition TV and Movie Ceremony honoring fan favorites on big and small screens.

So what are the MTV Awards, who has won awards and what awards have Jennifer Lopez and Jack Black won?

Here’s everything you need to know.

What are the MTV Awards?

The awards are known for unusual categories like Best Kiss, Here for the Hookup and Most Frightened Performance, as well as the quirky golden popcorn bucket trophies.

This year’s ceremony was held on Sunday, June 5th at the Barker Hanger in Santa Monica, California and was hosted by High School Musical star Vanessa Hudgens.

It featured DJ music by rapper Snoop Dogg and performances by Diplo and Swae Lee, who had teamed up for a musical tribute to Elvis Presley.

What awards have Jennifer Lopez and Jack Black won?

Lopez received the Generation Award and Black was honored with the Comedic Genius award.

Actress and singer Lopez read “a different kind of thank you” upon accepting her award, including “disappointment and failure.”

“You’re only as good as the people you work with, and if you’re lucky, they make you better. And I’ve been very lucky in that regard,” she said, getting visibly emotional.

“Thank you to all the people who gave me this life, who broke my heart … thank you for the disappointment and failure … and my children for teaching me to love.”

She added: “I want to thank all the people who said to my face or if I wasn’t in the room that I couldn’t do that. I really don’t think I could have done it without you.”

Black was dressed as a panda when he took the stage to collect his award.

The actor and comedian performed a forward roll and danced around the stage before speaking.

He said: “Comedy genius are you kidding what for? It’s ridiculous, I don’t deserve it, but I’ll take it. Thank you MTV.”

He added, “This is for the whole school of rockers and all of Tenacious D’s students.”

Several awards were given in different categories.

Best Performance in a Movie

Best Performance in a Show

Poopies and the Snake, Jackass Forever

Here for the connection

“Dance With Me” (Heartstopper)

Loren and Alexei Brovarnik, Loren & Alexei: After the 90 days

The Tonight Show with Jimmy Fallon

Paris Hilton, Cooking with Paris and Paris in Love