Video evidence is expected to be released in the near future of Pakistan Muslim League Nawaz (PML-N) Vice President Maryam Nawaz smuggling a mobile phone into the custody of the NAB. 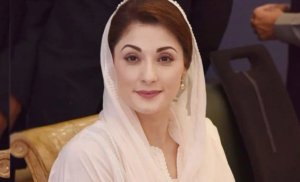 ARY News reported that Maryam Nawaz, Vice President of the PML-N, had placed a mobile phone in the custody of the National Accountability Bureau (NAB) without anyone knowing about it.

The video showed Maryam Nawaz being held by the NAB. She was in a large room, wearing a white dress and a colorful scarf, living there. Four to six female officers in uniform entered the room and their officer gave them permission to search it.

After seeing the officers coming, Maryam placed her phone in the pillow and sat on it. The policewomen searched the room but found nothing.

A machine kept telling the search team that there was a cell phone in the room, while the politician kept swearing at officers as they looked. After a second search, police found the phone under the pillow.

The video shows Maryam Nawaz using a phone owned by NAB. She had the right kind of accommodation, like a bed, and her food wasn’t brought to her on the floor.

Video showed that no male officer had been seen entering her room. Maryam Nawaz took advantage of not being subject to gender screening by carrying a cell phone.

According to the investigation, a woman also gave her cell phone to Punjab Maryam Police. The new video will show that the PML-N VP’s claims are not true.