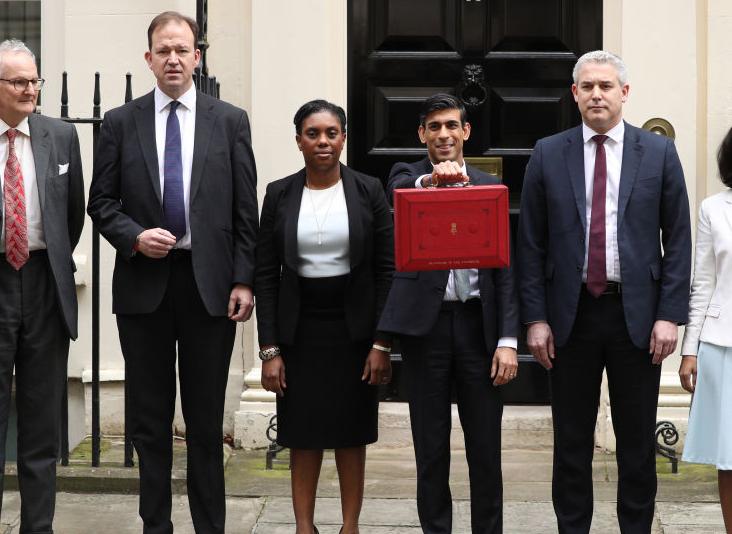 Kemi Badenoch has announced that she is running for leadership of the Conservative Party.

She made her opening pitch to Tory voters in the Times today (9 July).

Here’s everything you need to know about them:

Who is Kemi Badenoch?

Kemi Badenoch, 41, is the MP for Saffron Walden in Essex.

Born in London, she spent some time in the United States and Nigeria as a child before returning to the UK at the age of 16 to attend Phoenix College, London.

Before entering politics, she worked as a software engineer, then as a systems analyst before moving into the consulting and financial services industries.

She was first elected to the safe Conservative seat in 2017, having previously served as a Member of the London Assembly.

Although relatively new to Parliament, Badenoch has long been considered a rising star in the Conservative Party and was quickly promoted to her first junior ministerial role by Boris Johnson in 2019.

Badenoch is popular within the Conservative Party and among her peers, but has stirred controversy on numerous occasions throughout her career.

In 2018 it was revealed that she had hacked into Labor MP Harriet Harman’s website ten years earlier.

Badenoch was recently criticized by the National Union of Journalists and the Council of Europe’s Safety of Journalists Platform for a series of tweets in which she accused a HuffPost reporter of “creepy and bizarre behavior.”

Journalist Nadine White had contacted Badenoch’s office with a legitimate request, but received so much abuse after Badenoch’s tweets that she had to make her account private.

She was also encouraged to consider her position as equality secretary by one of three government LGBT advisers who resigned earlier this year because the government failed to ban conversion therapy.

What positions in government has she held?

Badenoch was Minister of State for Equal Opportunities from February 2020 to July 6, 2022.

She also served as Secretary of State for Local Government, Faith and Communities from September 2021 to July 6, 2022.

Badenoch resigned from both offices on July 6 as part of the mass resignation from Boris Johnson’s government.

Previously, she was Parliamentary State Secretary for Children and Families from July 2019 to February 2020.

Does she represent the leadership of the Conservative Party and what did she say?

The Saffron Walden MP threw her hat in the ring to replace Boris Johnson as Tory party leader.

On July 9, she launched her bid in The Times with a plan for a smaller state and a government “focused on what matters”.

Writing in The Times, she also lashed out at “identity politics,” saying Boris Johnson was “a symptom, not the cause, of the problems we face.”

Have any MPs backed your offer so far?