Howard Kleinberg, a cast member for Top Chef season 3, died on Tuesday, July 26. The 46-year-old was announced by Bravo on their social media accounts, who wrote:

The sudden death of season 3’s Howard Kleinberg has shocked the #TopChef family. Howie’s love of cooking has touched many people and we extend our sincere condolences to his family and friends.

The third season of the popular show featured Kleiberg finishing seventh and eventually opening his own restaurant in Miami.

His mother, father, sister and Skye, a rescue dog, all survived him. 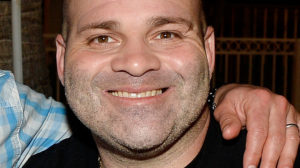 Howard Kleinberg died? investigation into the cause of death

According to Kleinberg’s mother, Susan, Howard died of a heart attack, according to the Miami Herald. She also explained:

“I just found out how many lives he’s impacted. He was married to his great love, cooking.

His family members are yet to provide accurate information about his past medical history, so it is uncertain if he had other health problems. Donations can be made to the pet charity Bullies-N-Beyond Rescue or to the South Florida feeding on Tuesday, the day of Kleinberg’s funeral.

Howard Kleinberg: Who was he?

According to the Miami Herald, Howard Kleinberg enrolled at Johnson & Wales University in the North Miami culinary program. He began working as a chef at the InterContinental hotel restaurant in downtown Miami.

After participating in Top Chef Season 3 and finishing seventh, Kleinberg rose to prominence. After that, he started Bulldog Barbecue in Miami.

According to Howard’s obituary, his love of barbecuing began during the summers he spent in North Carolina. He also became executive chef at the Peacock Garden Resto Bar + Grill that year. He was also a regular at the South Beach Wine & Food Festival.

Not only was he a skilled cook, but he also raised money for animal shelters and to feed starving children.

A user who paid tribute to Kleinberg revealed that he taught Kleinberg in elementary school and that a waitress once surprised him by bringing him milk and cookies at Kleinberg’s Miami restaurant a few years later as a gift from Howard.

Another user claimed that when Howard forced him to try a Luther burger for the first time ever, he showed him the “miracle of the charred ends.”

During his time there, Kleiberg earned the nickname “Bulldog” and finished seventh in the competition. He later used this nickname as the name for his grill place.