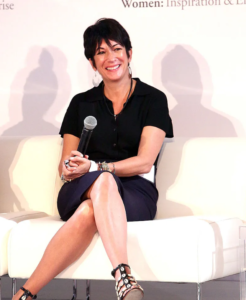 Sternheim said this happened “without a psychological assessment and without a reason.” She was wearing a “suicide gown,” he said. This piece of cloth cannot be turned into a sling. Maxwell is held alone in a room.

Sternheim has asked that Maxwell’s sentence be postponed until later. On June 28, the 60-year-old is scheduled to appear in court again. The public prosecutor demands a prison sentence of at least 30 years. Maxwell is being held in the general population area of ​​a prison, where a fellow inmate has threatened to kill her. A source told the Daily Mail that a woman told everyone she would kill Ghislaine for a million dollars.

Sternheim has said that Maxwell is not even allowed to hold a pen or paper while he is in solitary confinement. “If Ms. Maxwell remains on suicide watch, is not allowed to read legal materials before sentencing, does not get enough sleep, and does not have enough time to meet and speak with her attorney, we will officially move to an adjournment on Monday,” Sternheim wrote in the letter.

US prosecutors dropped the criminal case against two Manhattan jailers who guarded convicted pedophile Jeffrey Epstein the night he killed himself. The case has been ongoing since December last year. Even the guards admitted they changed records. In 2019, Epstein died while in federal custody. It looks like he killed himself. The 66-year-old man was charged with sex trafficking and could have served up to 45 years in prison. Noel and Thomas, the guards, were sitting just five meters from Epstein’s cell on the night he is said to have killed himself. Both worked overtime. They could have been paying attention, but instead they shopped online and took breaks. Wardens later admitted they “deliberately and knowingly” lied on forms and said they screened inmates on the night of the suicide in 2019, when they said they didn’t.