During the July 4th holiday in Indiana, an 11-year-old boy dies after being injured by firecrackers. When the terrible accident happened, the family was enjoying the fireworks.

Camrynn Raw McMichael was killed in the fireworks accident outside his suburban home and property was badly damaged.

Alexandra Eaton, the aunt of the boy’s 11-year-old nephew, said after his death: “The family will never buy firecrackers again” because all they will think about is him and his death.

A camera also captured the accident. 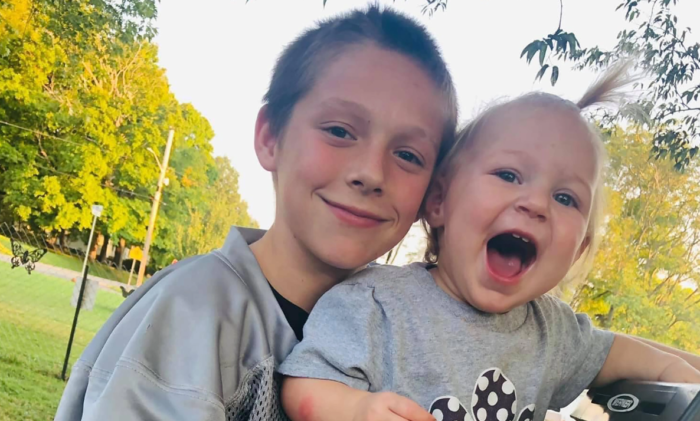 “We’re reminded of Cam every time fireworks go off”: Aunt in dismay after fireworks accident

The 29-second clip, which caused a stir on the internet, shows the sad fireworks accident. Through a home security system, you can see the family sitting together and having a good time while some of them set off fireworks.

But a spark from one of the lit firecrackers appears to have hit what appears to be an exploding box, apparently killing the boy.

It also burned down the car in the driveway, and the fire spread across the entire lawn. The video also shows some explosions caused by firecrackers and soon after the air is filled with smoke.

People in the family grab what they can and run away, leaving behind their chairs and belongings.

Family members say Camrynn McMichael was seriously injured in the fireworks accident that resulted in her death. The 11-year-old boy was immediately taken to hospital, where he was pronounced dead. An autopsy was later performed on Camrynn and it was revealed that the accident killed him from a head injury.

Camrynn’s mother said he died trying to protect his younger sister from the fireworks.

When people on Twitter saw the video of the fireworks accident spreading like wildfire, they were shocked.

People decided to gather at Mount Vernon that same evening to mourn Camrynn’s death after hearing about it on social media.

The video of the fireworks accident leaves netizens stunned

People had questions because SimpliSafe makes security cameras, and the video made people think it was just a marketing ploy. But later, the company’s chief growth officer, Scott Braun, issued a statement clarifying things.

The sound of the fireworks blast and the screams and screams of family members also startled the neighbors. A neighbor said it was scary to see what was going on.

At the same time, everyone agrees that the viral fireworks accident video was the “worst part” of it all.