What did Yoko Shimada receive a Golden Globe nomination for? When a 69-year-old Japanese actor dies, her iconic role is investigated.

According to Japanese media, the celebrity battled colon cancer and died of multiple organ failure in a hospital in Tokyo’s Shibuya city.

Shimada began her acting career in the 1970s drama Osanazuma and has since appeared in a number of films and television shows. Her most famous role, however, was as the wife of a nobleman in the 1980s drama series Shogun. 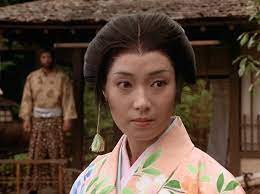 In the NBC miniseries Shogun, based on James Clavell’s 1975 book of the same name, Yoko Shimada played Mariko or Lady Toda Buntaro.

In the pre-1700s period of the series, Lord Goroda, a powerful daimyo in Japan, is killed by Mariko, the daughter of a disgraced Catholic father. She is then forced into marriage to Toda Buntaro, a samurai, and they move to Shonai Province.

Buntaro frequently witnesses Mariko being abused, and the couple have a loveless marriage. But after a while she refuses to be his obedient wife.

Despite everything, Mariko was chosen to serve as translator between the Japanese and John Blackthorne, an English navigator. Their friendship blossomed into love as they spent more time together.

In 1981, Yoko Shimada won her one and only Golden Globe for Best Performance by an Actress in a Dramatic Television Series for her work as Mariko.

She was nominated for an Emmy for Outstanding Lead Actress in a Limited Series or Special Category that same year.

She also appeared in the 1974 film Castle of Sand, which was nominated for a Gold Award at the Moscow International Film Festival.

Her last film role was in the drama Canon directed by Toshirô Saiga.