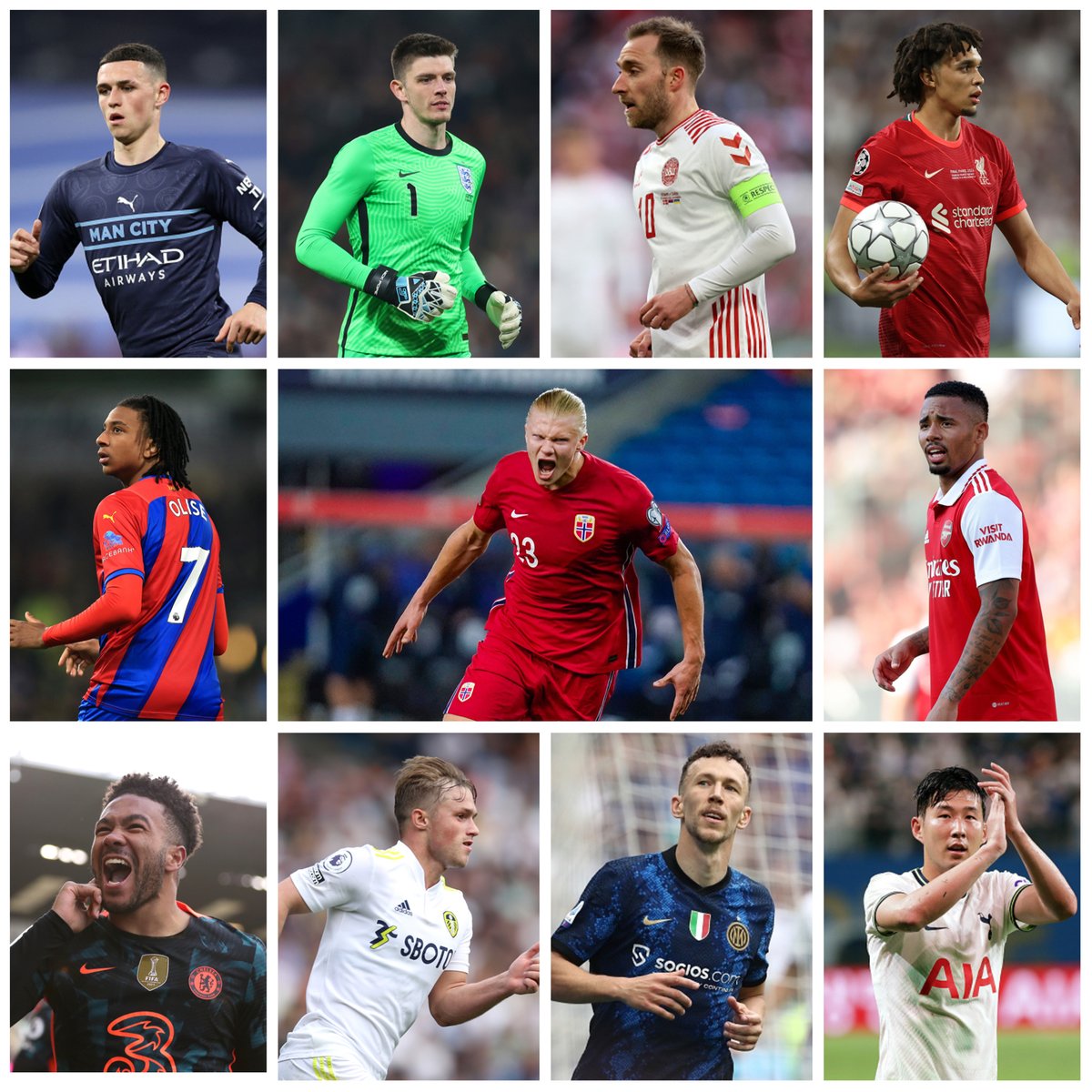 With less than three weeks until the return of the Premier League, FPL players are hard at work assembling their perfect squad.

During the summer transfer window so far, some of the world’s most exciting stars have risen to the English top flight while others have left.

It’s shaping up to be one of the most thrilling seasons yet as the top 6 gets tighter and tighter while the fight for relegation will remain as intense as ever.

With your FPL squad developing well, we’ve shown you our starting XI who will start the Premier League campaign:

Nick Pope is my pick to step between the sticks following his move to Newcastle United from Burnley.

The 30-year-old recorded more clean sheets than the likes of Kasper Schmeichel, David de Gea and Lukasz Fabianski last season while playing in a side that will soon be relegated.

I expect the Magpies to have a really positive season this time around and with Sven Botman at the heart of their defense they are likely to be a lot stronger at the back.

Goalkeepers are the cheapest position in Fantasy Premier League anyway, so you could easily buy a player who keeps a clean sheet practically every week, but you could use that extra money to bolster yourself elsewhere instead.

Alexander-Arnold is the most expensive player in the FPL, but having him on your team is a great reward.

He’s definitely worth the money and there’s no defender who will bring you as many points as the Liverpool right-back, having recorded the second-most assists in the top flight last season (12).

While Alexander-Arnold is arguably the best attacking full-back in the Premier League (if not the world), the Reds also have one of the best defensive records and the England international will also rack up points for a high tally of goals conceded throughout the campaign.

Reece James is another no-brainer for me and will probably get one of the highest scores in the Premier League for a similar reason to his Liverpool counterpart.

James has another spectacular campaign ahead of him and could earn you plenty of points if he stays fit.

Ivan Perisic seems a bit of a steal considering you essentially play a winger in defence.

Yes, the former Inter Milan man played at full-back under Antonio Conte and is likely to do the same at Tottenham, but his attacking stats are delicious to anyone considering putting him in defence.

I expect Spurs’ defense to look very strong next season and therefore Perisic’s defense stats should develop well while he will also give you plenty of points for his offense.

The 33-year-old scored eight goals and provided seven assists in Serie A last season and I can see him doing even better there with Heung-min Son to add to the attacking threat.

Speaking of devils, Son as a midfielder in the FPL is a bit of a cheat code.

The South Korean scores goals for fun and will easily be one of your star players, especially if Tottenham look like they could impress this season.

Son’s position means you can still use any strikers you want – if you have the money, of course.

It will come as no surprise that the 30-year-old will start the FPL season as my captain and it will certainly cost a lot to take that title away from him.

If you can’t afford Kevin De Bruyne, Phil Foden is probably the next best thing.

The England midfielder is getting better season by season and will no doubt improve on his best-scoring 14 goal contribution – especially with the incredible attack sitting in front of him.

Man City scored more than 5 goals in 12 Premier League games next season and could easily be even more dangerous this time around with Erling Haaland – a stat Foden will no doubt be among.

Christian Eriksen is one of the most reliable players the Premier League has seen and his comeback with Brentford fully confirms that.

The Denmark international is a huge talent and I think he will be successful at Manchester United even if the rest of the squad doesn’t live up to expectations.

If the likes of Anthony Martial, Marcus Rashford and Jadon Sancho were to have a good season I would expect Eriksen to be at the heart of everything they do and Erik ten Hag will be absent if he benches the 30-year-old would. old.

Every FPL team needs a few cheap options and at £5.5m Michael Olise is an absolute steal.

The midfielder looked like one of the most exciting young talents in his debut season for Crystal Palace last time out and is expected to only improve.

Olise is priced the same as Ryan Fraser, Nathan Redmond and Alex Iwobi but is almost guaranteed to be a much better influence on your FPL side.

Gabriel Jesus will definitely be one of the most picked players in the game after joining Arsenal this season.

The Brazilian struggled for minutes on the pitch for Man City but was always able to score while he has a great opportunity to be the main man at Emirates Stadium and I can see him smashing it.

I would expect 15+ goals for Jesus making him the perfect addition to your attack.

You can guarantee most FPL teams will have either Haaland or Harry Kane at the helm and I went with Man City’s summer signing.

While it’s hard to predict if the former Borussia Dortmund striker can repeat his form from Germany, he looks easily set for a top debut Premier League season and will pretty much guarantee you goals most weeks.

With Haaland being the same price as Kane, you can always trade him in for the Tottenham star should you need it.

Joe Gelhardt has been mentioned in pretty much all of my FPL articles and unsurprisingly he went straight into my first three.

The youngster showed plenty of potential for Leeds United last season and I expect they will use him a lot more this season, especially if Patrick Bamford continues to struggle with injuries.

With a full pre-season under his belt with Jesse Marsch, I think he could have a really good season and add a lot.

At just £5.5million, that means you can still count on Jesus and Haaland’s goals, whilst also having a brilliant prospect.