In February, the “Duffer Brothers” Matt and Ross Duffer wrote an open letter about the future of Stranger Things. In the letter, written to “nerds” (fans), the Duffers hinted that season 4 would be their biggest yet (it said each episode would cost $30 million). The letter also talked about what would happen after Season 4, saying it would be “the beginning of the end.”

The Duffer brothers wrote that season 4 would be the penultimate season and that season 5 would conclude the story of the characters introduced in season 1. The brothers wrote in their letter that they always planned the show to run for four or five seasons. They explained that they planned the entire story arc before Season 1. After season 5, the story with Eleven, Mike, Will and Hopper will be over.

But the Duffer brothers didn’t say Season 5 would be the final episode of the Stranger Things series.

It looks like these new “exciting stories” will be used to spin off the original series.

Here’s what we know about Season 5 and what will happen to Stranger Things after that. 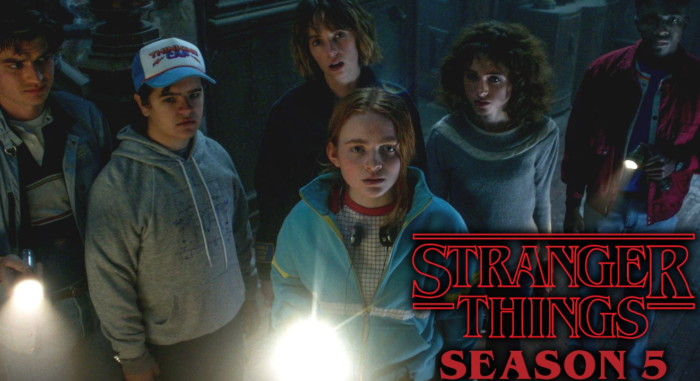 When will stranger things Return for Season 5?

The good news is that Stranger Things will have a fifth season. Since filming hasn’t started yet, it’s hard to say when it will start.

We don’t have a date yet, but Netflix has said the season will be released in a “binge model,” meaning it won’t come out every week. This is a model that some streaming services use.

We’re hoping for it to air in late 2023, but that might be overly optimistic, especially when season 5 is as popular as season 4.

what will stranger things be in season 5?

The Duffer brothers have said that Season 5 will be about the making of Upside Down. It will also reportedly delve into the physics of the world, such as why it seems stuck at a certain moment, and the order of the monsters that live there.

So how does The Upside Down come to be in 1983? Henry Creel was perhaps the first monster.

Season 5 will tell us everything we need to know about the story of Upside Down.

What about it stranger things spin off?

Based on the Duffer brothers’ letter, the Stranger Things spinoff will not continue the story of the original cast. It’s not clear if the spin-off will even happen at Hawkins.

The only thing we know about the spin-off is that it will involve both Duffer brothers and it could be a movie.

In a recent interview with Variety, the Duffer brothers opened up about how things were going.

Keep an eye out for news about the Stranger Things spinoff.