Ernesto Mendez, who was that? One in four people shot dead outside a Mexican club was a journalist.

On Tuesday, August 2, three people were killed in a shooting at a bar in Guanajuato, Mexico, including journalist Ernesto Mendez. Mendez was one of 13 murder victims reported in Mexican media this year, so the crime has sparked outrage.

Ernesto Mendez is said to have worked in his family’s pub, according to Reuters. He also ran the neighborhood newspaper Tu Voz, which had previously been the target of death threats for its aggressive coverage of drug cartel-related and corruption-related activities.

According to Barron’s, Mendez and his family were celebrating at the bar when the attack took place. Although the victims’ names have not been released by authorities, it is believed that one of them was the owner of the bar. 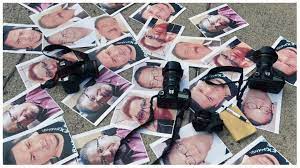 The information we have about Ernesto Mendez

Ernesto Mendez was a well-known resident who had made a name for himself both for his fearless journalistic work and for his role as a spokesman for businesses in the neighborhood, organizing various fairs and events.

The reason Mendez was chosen is still unclear, according to the city’s Mayor Luis Sanchez. However, Mendez’s Zona Franca affiliation revealed that the journalist had previously been the target of death threats because of his work.

This was backed by the rights group Article 19, which had argued that Mendez was vulnerable to attack because of his combative journalistic approach.

In a formal statement, Article 19 claimed that a trained commando committed the murder, raising the possibility that a highly organized criminal group was responsible.

An armed squad broke into a Mendez family tavern to commit the crime.

“We strongly condemn the act that tragically killed journalist and businessman Ernesto Mendez and two others.”

The governor identified another possible motive for the murder. He claimed that Ernesto Mendez’s establishment could have been the subject of extortion or a rivalry between competing companies. He added that Mendez’s participation in regional state fairs, which often attract criminal elements due to the convenience of gambling and money laundering there, may have been linked to the murder.

We are aware that there is a lot going on at the local funfairs including cockfights, palenques and other later intricate activities.
An investigation into the shooting is currently ongoing. The identity and motives of the suspects have not yet been determined by authorities.