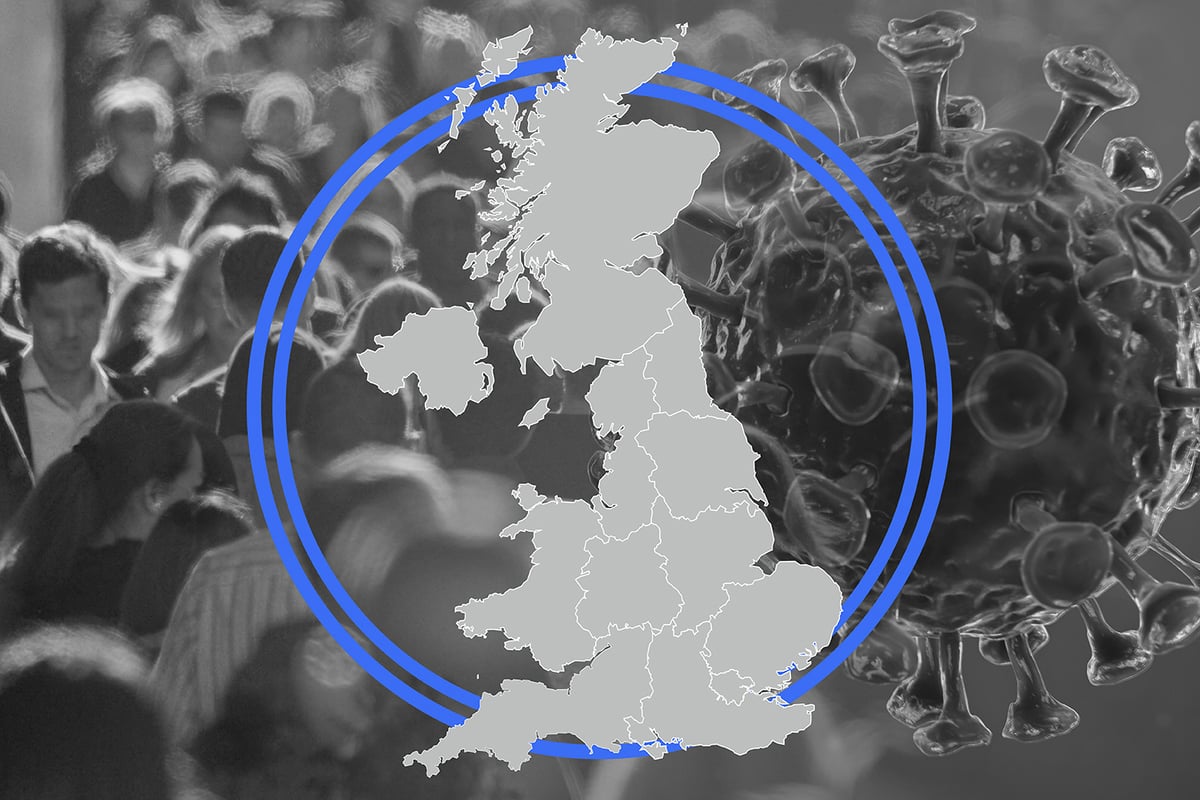 Parts of Scotland, England, Wales and Northern Ireland are all among the top 10 hardest hit areas, recent monitoring by the Office for National Statistics shows.

New figures show that coronavirus infection rates continue to rise across all regions of the UK, driven by Omicron subvariants BA.4 and BA.5.

Parts of Scotland, England, Wales and Northern Ireland are among the 10 hardest hit areas, according to data released by the Office for National Statistics (ONS).

However, the infection numbers are still below the record high of 4.9 million reached in late March. Separate NHS data shows hospitalizations continue to rise too.

dr Mary Ramsay, Director of Clinical Programs at the UK Health Security Agency (UKHSA), said: “We continue to see increases in COVID-19 case numbers and hospitalizations across all age groups, with hospitalizations and ICU admissions being most pronounced among the elderly increase 75 and older.

“In older people who have not taken the booster dose as scheduled, immunity is likely to drop significantly, so we can expect these increases to continue in the coming weeks and into July.”

The virus remains most widespread in Scotland, ONS figures show.

Here are the 10 local areas of the UK that had the highest rates of Covid infection in Wales and Scotland in the week ending June 29 or June 30.

The figures are based on regular, large-scale testing of a sample of homes across the UK.

The UK’s highest Covid infection rates were in a part of central Scotland that includes Dundee, Fife and Falkirk. An estimated one in 16 people had Covid in the Dundee City, Clackmannanshire, Falkirk, Stirling, Angus, Fife and Perth and Kinross council areas.

Edinburgh and the Lothians finished second. One in 16 people in the East Lothian, Midlothian, City of Edinburgh and West Lothian council areas were thought to have been positive for Covid.

Northern Scotland was third, with one in 17 people in the local authority areas of Nahe Eileanan Siar, Highland, Moray, Orkney Islands, Shetland Islands, Aberdeen City, Aberdeenshire and Argyll and Bute suspected of having coronavirus

Fourth went to an area covering southern Scotland. Around one in 18 people had Covid in the areas of Dumfries and Galloway, East Ayrshire, North Ayrshire, Scottish Borders and South Ayrshire.