Police in New York City are stepping up their shark-search efforts after an unusual spike in shark sightings and a possible shark attack on a Long Island beach. This comes after experts said the risk of danger from shark attacks is very low. 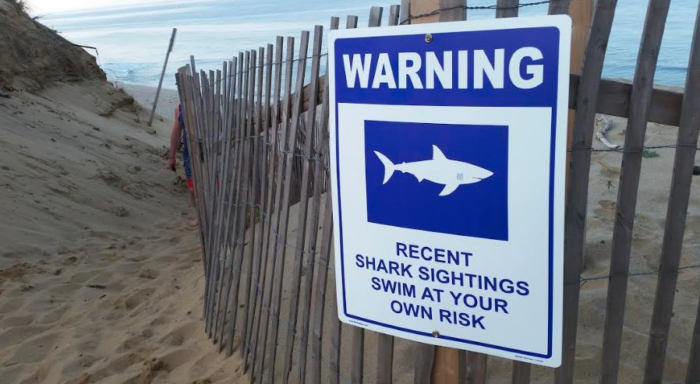 On Thursday, June 30, the Nassau County Police Department said a 57-year-old man who was swimming at Jones Beach, a barrier island south of Long Island, cut his right foot. Doctors later thought the wound might have been caused by a shark bite. After that, authorities said they would have more people patrolling the beaches over the July 4th weekend. Jones Beach is one of the most popular summer spots for New Yorkers. More than 6 million people go there every year.

Although shark attacks don’t happen very often, they almost never happen in New York. But more sharks have been spotted off the coast of New York since last summer. Sharks have been seen several times feeding on schools of fish near places where people were swimming. This resulted in some beaches being closed for a short time. At a news conference on Friday, July 1, Nassau County Superintendent Bruce Blakeman said police would be stepping up shark patrols this summer. According to Business Insider, that would include patrols by boat, helicopter and drone, as well as hourly sweeps along the coast.

However, experts continue to say that shark attacks are very rare. Hans Walters, a scientist at the Wildlife Conservation Society’s New York Aquarium, told the New York Times that the risk to humans is “infinitely small.” He also said that there is no evidence that there are more sharks in New York’s waters and that the fears are “very overblown”.

The police statement did not say what type of shark might have bitten the Jones Beach swimmer, but did say it did on the 30th across from Jones Beach. Point Lookout is located in the town of Hempstead. Lifeguards said the 10-foot-long struggling sea creature looked like a mako shark and was soon able to swim away.

“A commercial fisherman saw a shark struggling on a Long Island beach,” they tweeted, with a video of the shark flopping on the sand. “This happened at Point Lookout, which is north of the Loop Parkway Bridge. The fisherman stopped to help and called the city police officer and the State Department of Environmental Conservation. When they got there, the shark was already gone. It is believed to be a mako shark. It’s about 10 feet long and has no pectoral fin,” officials said.

In July last year, a lifeguard was swimming near Central Mall at Jones Beach when he saw a fin in the water and was bitten on his left calf. Afterwards, state park staff urged the swimmers to get out of the water, but they were unable to locate the shark. But marine research group Ocearch has not seen a shark off Jones Beach since 2017. The organization marks and tracks different species of marine animals. The New York Daily News reported that the organization is currently tracking an 883-pound shark off the coast of Delaware, south of the southern tip of New Jersey.